Turn Off Texting at the AGC Construction Career Day!

The Youth Safety Council was invited to share our Turn Off Texting presentation at the Associated General Contractors of Vermont 2018 Construction Career Day on May 16. We fit in among dozens of other demonstrations and workshops, and students got to try the golf cart and driving simulator versions of Turn Off Texting. Thank you, AGC for including us! 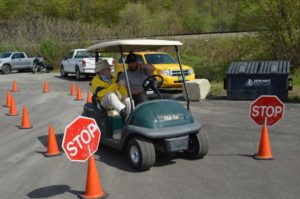 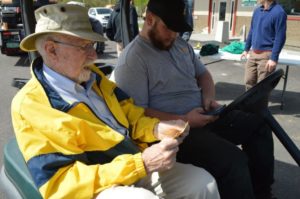 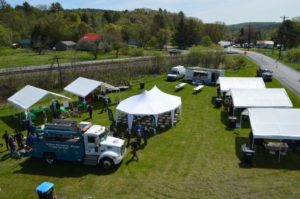 Construction Career Day from above! 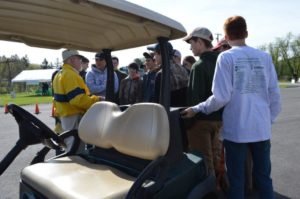 Students at the TOT golf cart. 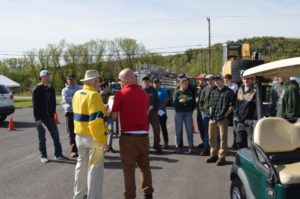 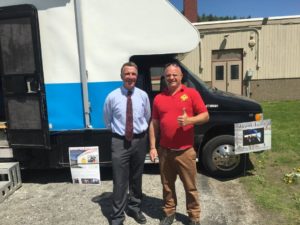 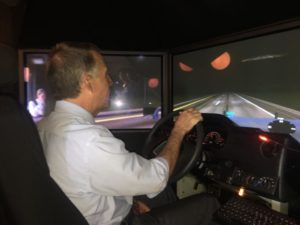 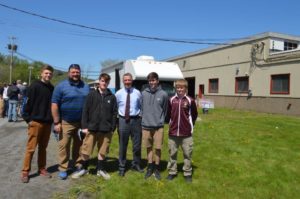 Governor Scott with students in front of the TOT mobile driving simulator. 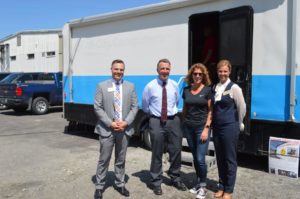 The Turn Off Texting Simulator at Thetford Academy

The YSCVT sends special thanks out to our program supporters and sponsors for making this statewide safety experience available to Vermont’s youngest drivers!

Turn Off Texting in Springfield

Here’s a photo of Youth Safety Council Presenter Paul Burroughs (red jack, in front) with Springfield High School students and the Turn Off Texting mobile driving simulator. Young Southern Vermont drivers are learning how important it is to stay focused behind the wheel!

The Turn Off Texting Driving Simulator in Rutland!

The Turn Off Texting mobile driving simulator visited Rutland where students and YSCVT Presenter Paul Burroughs got to hang out with our friend and regional safety advocate Lt. Kevin Geno, fourth from the right in the photo.

‘Hopes and Dreams’ from the Governor’s Highway Safety Program

The YSCVT sends thanks and congratulations to our friends and supporters at the Governor’s Highway Safety Program for the new powerful public service announcement, “Hopes and Dreams.” Here’s the press release…

On behalf of the Governor’s Highway Safety Program (GHSP) in the Office of Highway Safety at the Vermont Agency of Transportation, we are pleased to release this ‘Hopes and Dreams’ School Bus Safety Public Service Announcement. We would like to thank the marketing firm HMC for the production of this public service announcement.  We would also like to thank the student actors and their parents from Barre, Northfield, Johnson and Stowe. In addition, we would like to acknowledge the Colchester Police Department/Chittenden SHARP for traffic control and support during filming and the school bus company Mountain Transit for donating the bus for filming. The GHSP is federally funded by the National Highway Traffic Safety Administration.

Turn Off Texting at Thetford Academy

Turn Off Texting presenter Paul Burroughs brought the driving simulator version of the program to Rich Kearney of Upper Valley Driving Academy and the students of Thetford Academy on March 27. Find Turn Off Texting all over Vermont this spring!

Every distracted driving death is preventable. Taking your eye off the road for even a few seconds is all it takes to change a life forever.  Still, people text and drive on Vermont roads every day. The goal for entrants is to research this important issue and produce a compelling 25 second video that can enact change and spread the message that distracted driving is unacceptable. The VHSA hopes that videos produced by high school students will offer a relatable perspective for other young drivers.

The contest is divided into two phases:

April is National Distracted Driving Awareness Month. To promote teen driver safety, UVM Medical Center is offering the TXT U L8R program to your students and their families. Everyone in encouraged to participate — even you!

Texting while driving has quickly become one of the greatest hazards on the road. It causes 1.6 million car crashes and 330,000 injuries per year, and approximately seven teen deaths every single day. That’s why the UVM Medical Center and the Clinical Simulation Laboratory at the UVM College of Medicine created “TXT U L8R” a unique program designed to discourage individuals from texting while driving. Key elements include a demonstration of an advanced driving simulator, presentation of a realistic trauma scenario, a testimonial from the victim of an accident caused by a teen driver who was texting, and a demonstration of several smartphone apps designed to prevent texting while driving. Funding is available to assist with transportation costs.

Johnny Esau brought charm and brightness to his work as a Turn Off Texting presenter and made hundreds of Vermont’s young drivers safer with his kind instruction. We are sad to report that he lost his battle with leukemia and passed on January 9.

Here is Johnny’s obituary, from the Brattleboro Reformer:

Johnny was born on September 4, 1950 in New York, NY. He was raised in Port Washington, NY by his loving parents, John W. Esau and Norma Bonelli Esau. In the Fall of 1975 he married his best friend, Joanne Sehnal Esau and in February of 1983 his daughter Corey was born, fulfilling his life beyond measure.

Johnny graduated from Paul D. Schreiber High School in Port Washington, NY and Saint Michael’s College in Burlington, VT where he was a member of the SMC Choir. Soon after he attended Keene State College to earn an Education Degree.

He entered the teaching profession at Wyndham Elementary School as a Teaching Principal. For much of his career he had the privilege and joy of teaching at the Marlboro Elementary School. He also taught at Reading Elementary and served as the Turn off Texting presenter for the Vermont Governor’s Highway Safety Council. While at Marlboro Elementary he coordinated the building of the Johnny Esau Covered Bridge and co directed the annual school musicals. His classroom was know as a place filled with music, laughter, hammering and creative chaos.

He sang with the Blanche Moyse Chorale. Later his joyful voice joined the Brattleboro Music Center Chorus where he assumed the role of “chief mischief maker”. He was a member of the Marlboro Fire Department and sat on the board of directors of the Vermont Covered Bridge Society. Johnny enjoyed laughing, being with friends, building, boating, beaches, metal detecting, his truck’s GARLIC license plate and Italian food. He spent hours working on his wooden boat “Knock On Wood”. He adored his Golden Retrievers but in the end it was his little dog Tucker who was his constant companion.

He was predeceased by his parents Norma and Jack Esau. Johnny is survived by: his wife of 42 years, Joanne Sehnal Esau; his daughter and son-in-law Corey and Julian Jaworski of Quechee, VT; his brother and sister-in-law Raymond and Kathy Sehnal of Pomfret, VT; sisters Cynthia (Anthony) Jerolino of Cavendish, VT and Lisabeth (Edward) Fisher of Malvern, PA as well as many cousins, nieces, nephews and a grand niece and nephew.

Johnny was exceptionally proud of his Italian heritage. He adored his grandparents, “Papa and Nannie” and held his Bonelli cousins close to his heart. He was also predeceased by his birth mother, Mary Massucci, who’s identity he discovered in the last year of his life. He was lovingly embraced by his newly found Masucci cousins and his niece, Denise Renda and her husband Denis of Northport, NY and Grafton VT.

In his struggle with Leukemia Johnny showed his family the depth of his love and taught us the way to live a life of gratitude. His family and friends returned his love, giving generously of their time and resources for which he was forever thankful. We are in awe of the spirit of the nursing and medical staff who cared for Johnny at Dartmouth Hitchcock Medical Center, Grace Cottage Rehabilitation and most especially, Dr. Andrew Brunner and his Team at Massachusetts General Hospital.

In honor of Johnny we ask that you please give the gift of your time or your resources to a family that is caring for a loved one with Cancer.

A Mass of Christian Burial will take place on Saturday, January 27, 2018 at 11:00 AM, at St. Anthony’s Parish in White River Junction. A gathering of friends and family will take place immediately following at The Quechee Club, Quechee, VT.
Published in Brattleboro Reformer on Jan. 12, 2018