Texting while driving is one of the greatest hazards on the road. Every day, approximately 9 people are killed and more than 1,000 are injured in crashes involving distracted driving. That is 1.6 million car accidents and 330,000 injuries per year! That’s why the University of Vermont Medical Center and the Clinical Simulation Laboratory at the UVM College of Medicine created “TXT U L8R,” a unique program designed to discourage individuals from texting while driving. This program is beneficial for new drivers as well as their parents. Key elements include a presentation of a realistic trauma scenario and a testimonial from the victim of an accident caused by a teen driver who was texting.

The students of Burlington High School got to learn the dangers of driving distracted first hand today!

Turn Off Texting on July 2: West Rutland and Williston!

The students of West Rutland High School and Associates in Driving in Williston experienced the Turn Off Texting demonstration today! Photos: Above, Williston; below, West Rutland.

Photos from the AAA Walk to End Distracted Driving, June 7 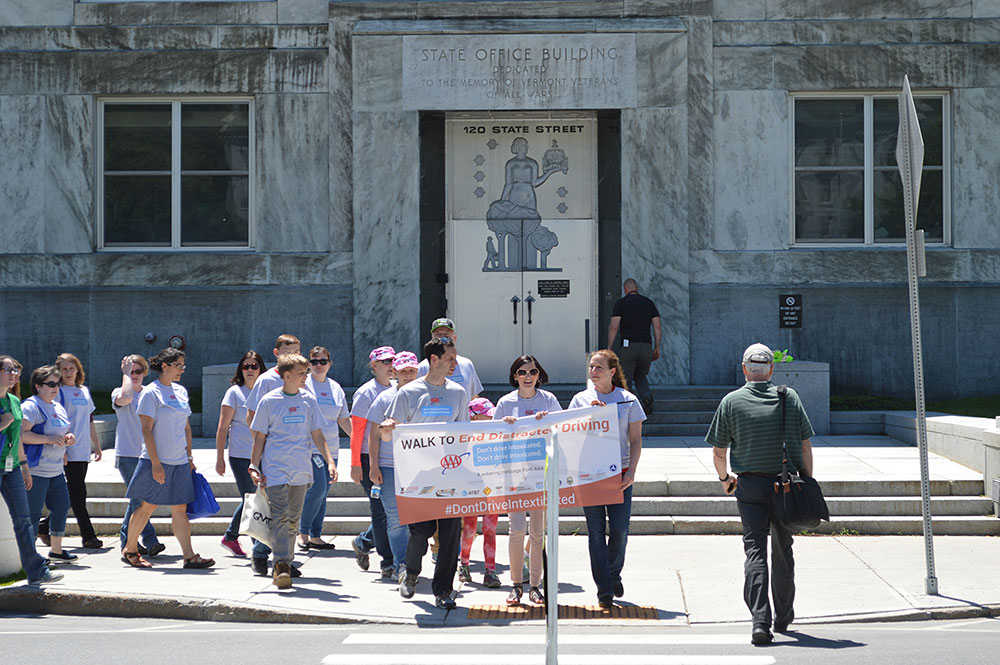 AAA Northern New England in conjunction with the Vermont Highway Safety Alliance and Project RoadSafe hosted the “AAA Walk to End Distracted Driving” at the Vermont State House on Friday, June 7. Thank you Aimee Ziter and Debra Ricker for the photos! 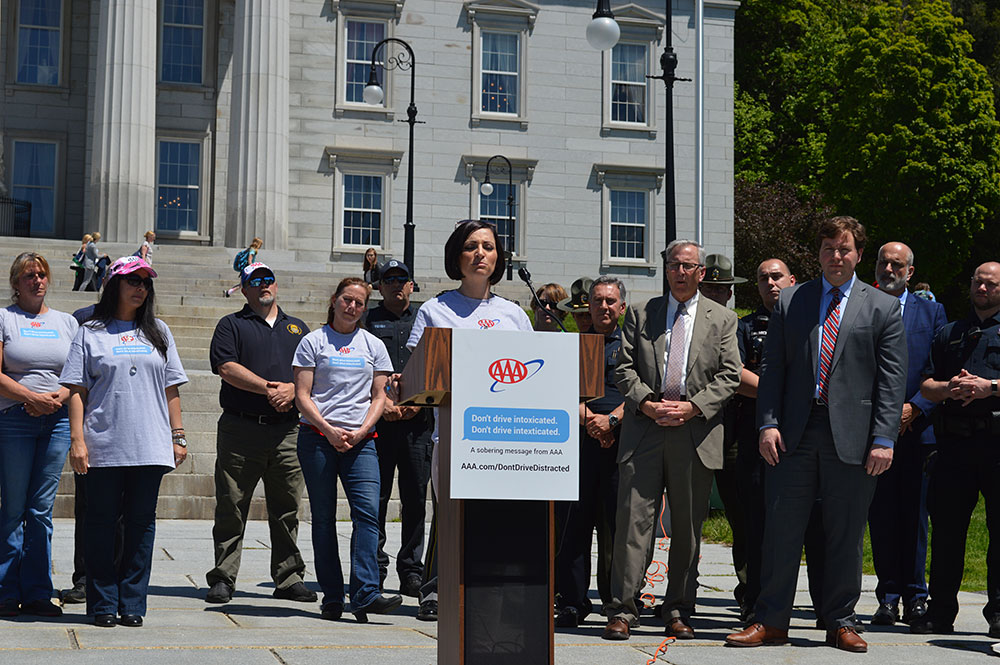 Local Motion and Ski Rack teamed up to create safety videos for bicyclists, and they help remind everyone that road users include vulnerable users on bikes, and the special concerns they have. Visit the page of videos, and see below for the episode about safely interacting with public busses. 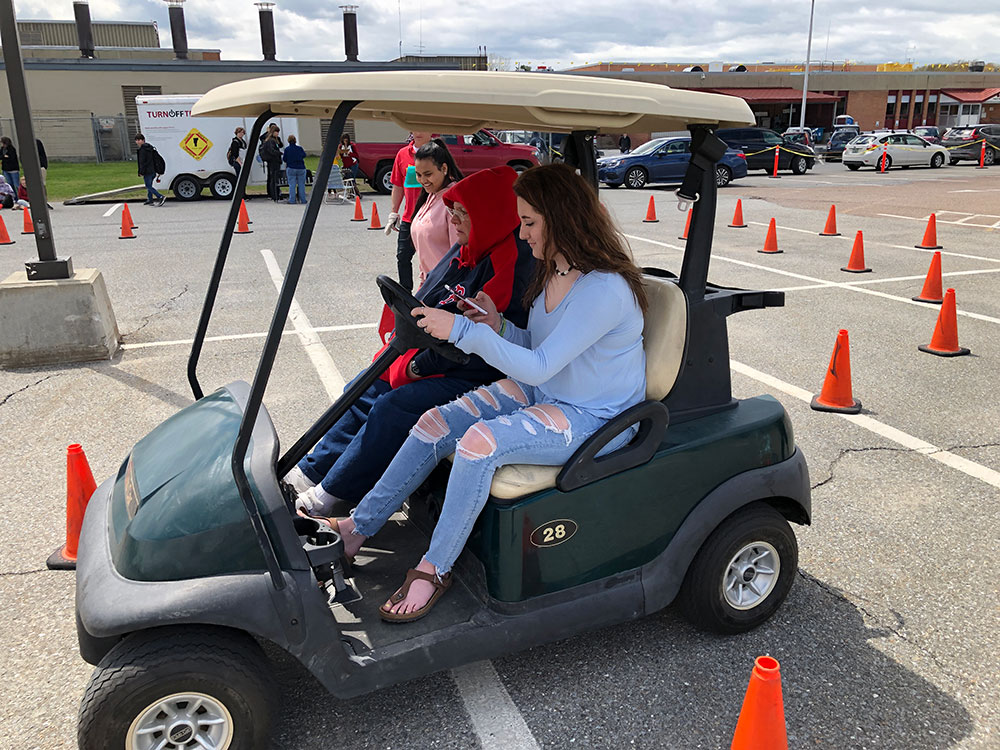 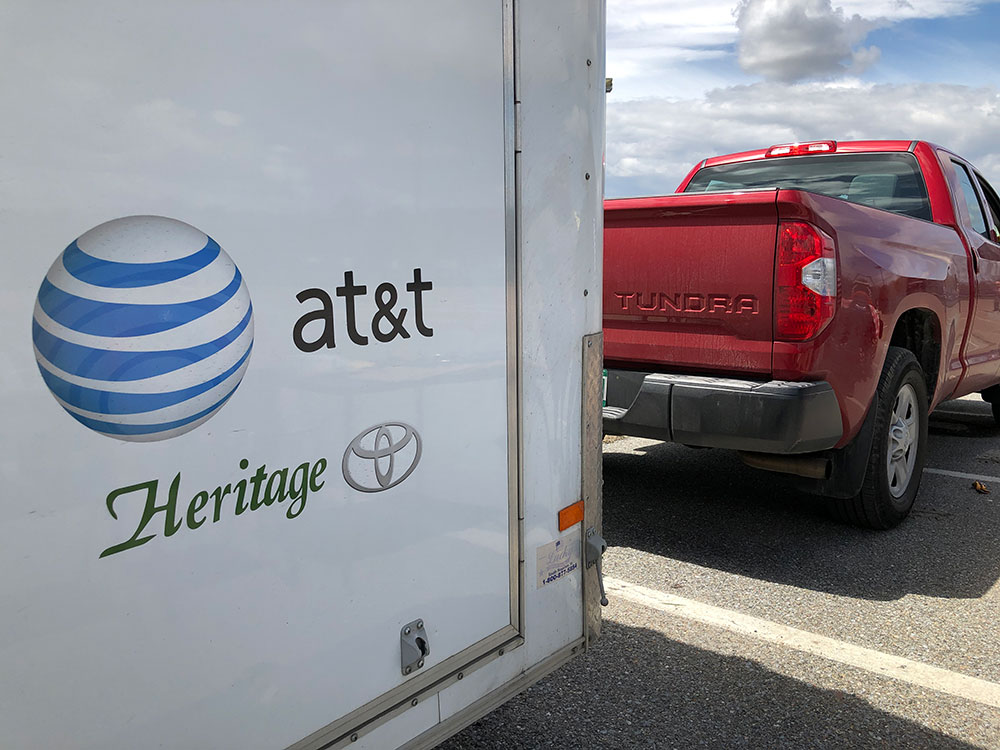 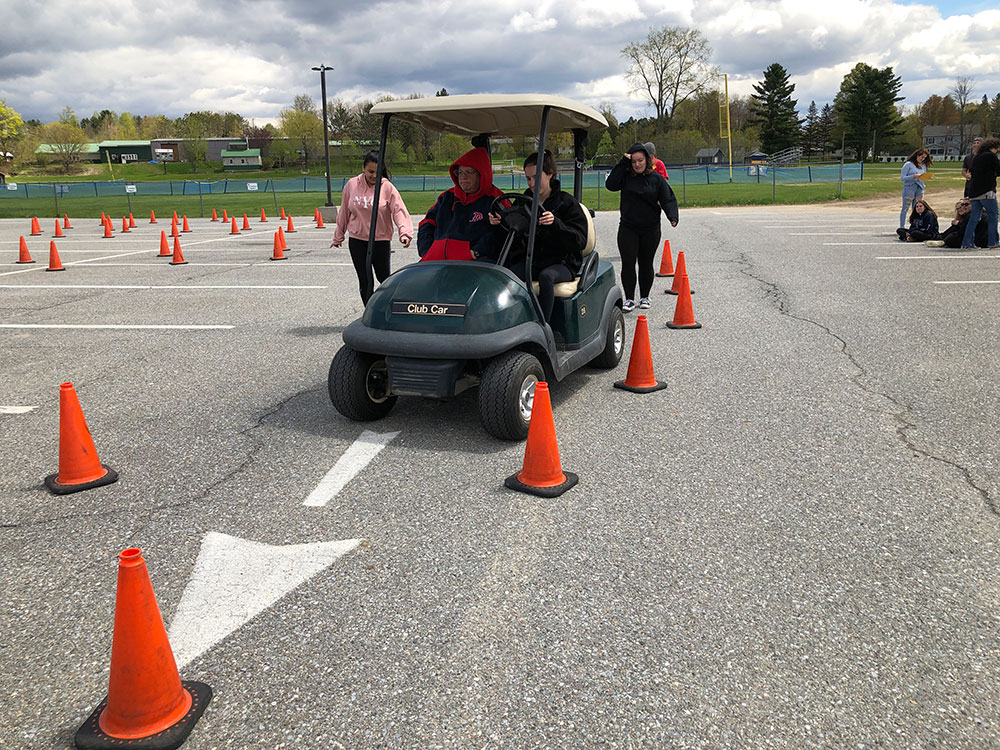 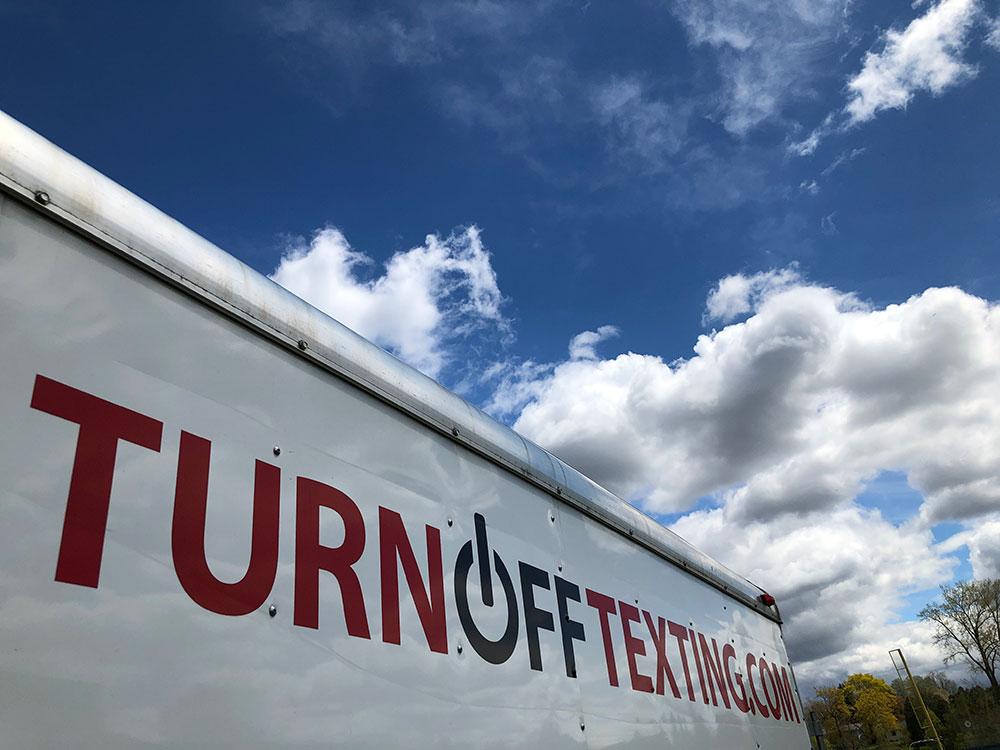 The Caledonian Record helped show Turn Off Texting in action to the Lyndonville community. The Youth Safety Council of Vermont sends thanks!

We’re sending special thanks out to the Stowe Reporter for sharing word of the Turn Off Texting program! The Youth Safety Council visited Driver Educator Darren McIntyre and his students at Stowe High School on May 6.

The Vermont Highway Safety Alliance sponsored the second annual contest #802phonesdown!headup! video contest for high school students. Students from across Vermont were honored for their work producing video public service messages on distracted driving to engage their peers and compel young drivers to put down their phones while driving. Two thousand dollars in prizes were awarded to four teams of students. The VHSA aims to promote the wining videos on social media and other media outlets throughout the year.

Gov. Phil Scott joined the Vermont Highway Safety Alliance to present awards Friday May 10th 2019 at the Statehouse in the Cedar Creek Room. Well over sixty people were in attendance Including families of the participants, law enforcement, and stakeholders from the VHSA. Honorable Mentions were given to Ian Goldberg from Woodstock High School, Michelle Townsend from Windsor High School and Gregory Torbert from Northwest Technical Center. Cash awards were given to four top entries:

Here’s a guest commentary by Owen Smith, who is the president of AT&T Vermont.

Maia’s documentary-style short film about the dangers of distracted driving earned her a 2019 AT&T Youth Filmmaker Award, and as part of her prize she attended Tribeca where she got behind-the-scenes access to Tribeca filmmakers while working with AT&T and nonprofit Fresh Films to develop her filmmaking skills. But more important than the glitz and glamour is the message that Maia and her film are helping to spread.

Called “A Realistic Look at Distracted Driving,” the film is a four and a half minute look at students’ attitudes and habits related to using devices behind the wheel. The film is powerful because it is realistic and universal – she could have filmed at any high school from Montpelier to Montana and odds are, she would have heard similar anecdotes. Many students admit that they are frequently tempted to use their phones while driving.

Maia depicts a microcosm of the widespread and ever-evolving problem of distracted driving.

This year, AT&T conducted new research to show how the issue has progressed. The research showed that seven in 10 drivers say their smartphones have become essential for getting around. And use of immersive content, such as video chatting and watching videos, while behind the wheel has nearly doubled since 2015.

One of the students in Maia’s film talks about device distractions other than texting, like posting on social media and searching for music. The anecdote emphasizes how the distracted driving problem continues to evolve. In fact, the recent research showed 86% of car-share drivers use their smartphones while driving; and four in 10 e-scooter or e-bike riders admit to riding distracted. It doesn’t matter how we get around; we’re doing it distracted.

April was National Distracted Driving Awareness month and there is no better time to pledge to never drive distracted. Vermont’s public safety community has been a valuable and outspoken leader in this fight. Earlier in April, AT&T was proud to stand in Shelburne with the Vermont State Police, sheriff’s departments and several local law enforcement agencies to drive home this message.

We encourage you to remind friends and loved ones to put their phones down while they’re behind the wheel. Visit www.itcanwait.com to take the pledge to never drive distracted. Or head over to YouTube and check out and share Maia’s award-winning film.

A Burlington High School student used her voice as a filmmaker to spread an important message, and we should all follow her lead. That message is simple: no text, photo, email or social media post is worth a life.

And as Maia concludes in her film, “we should be doing better than this.”